Congratulations to Aslan’s Christy Dignam on his continued good health and new autobiography “My Crazy World”. We recently made a wonderful discovery of some copies of our original 12″ vinyl EP of This Is, from 1986, and will have them for sale on the website shortly. There are a few 7″ vinyl copies too. Besides the original recording of the classic This Is, the 12″ also includes the original versions of Please Don’t Stop, and Been So Long. Critics and fans invariably consider this original recording of This Is to be superior to their later version on EMI. 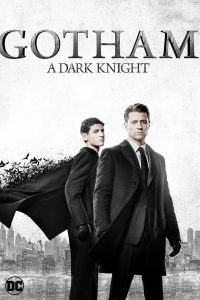 Legendary Reekus artist Big Self have found a modern home for their dark and gritty sound on an upcoming episode of the Emmy-winning US TV series “Gotham.” The 4th series of the popular Batman spin-off will feature “Killing Brother” from Big Self’s 1985 album Stateless. The episode will air in the US November 2, 2017 on FOX. RTÉ2, who host the series in Ireland, have not yet announced the release date for Series 4.

“Killing  Brother” and Stateless are available to order or download from the Reekus store.